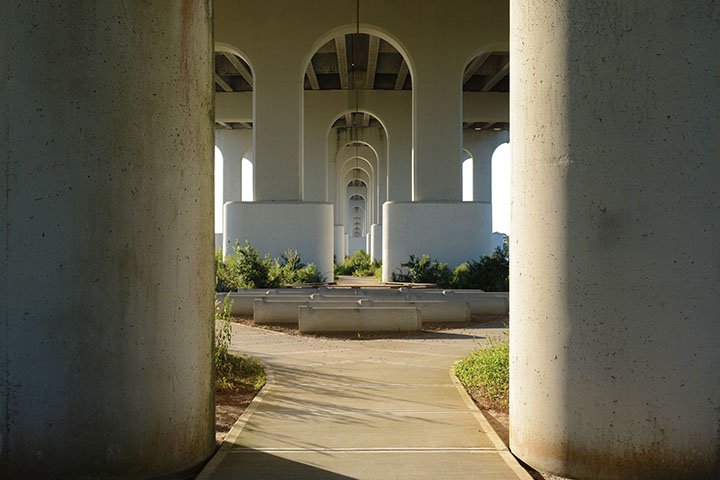 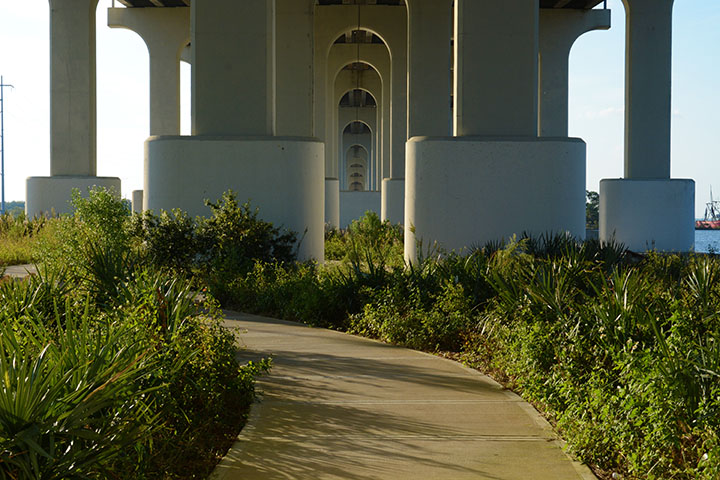 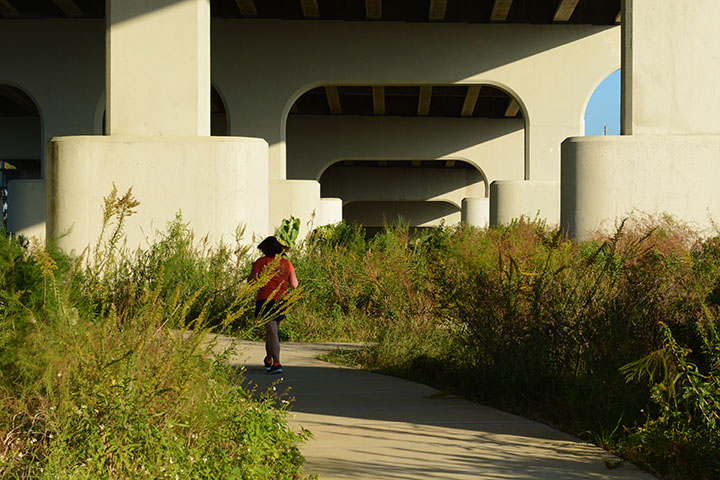 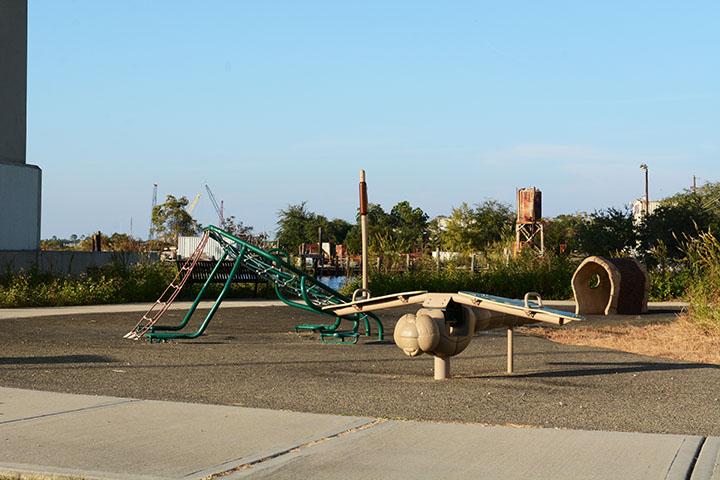 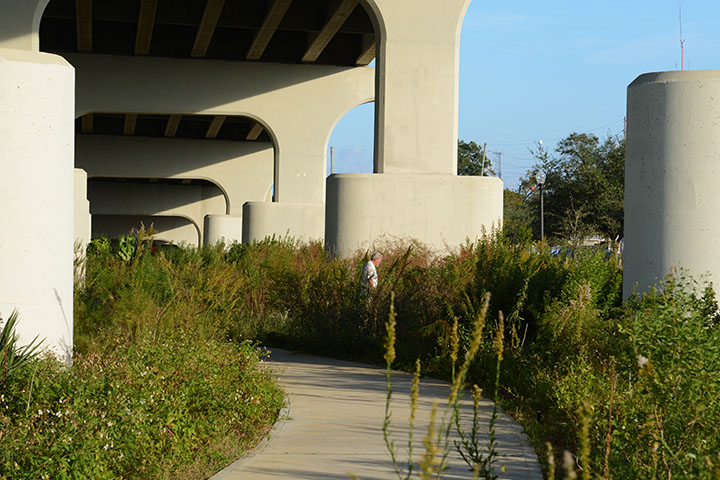 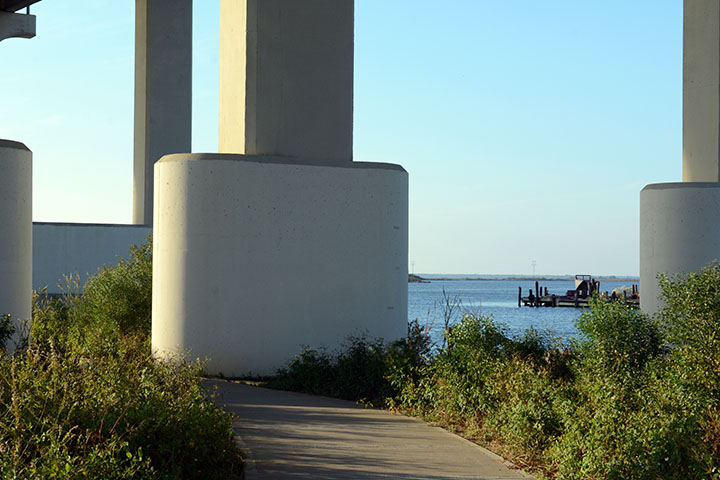 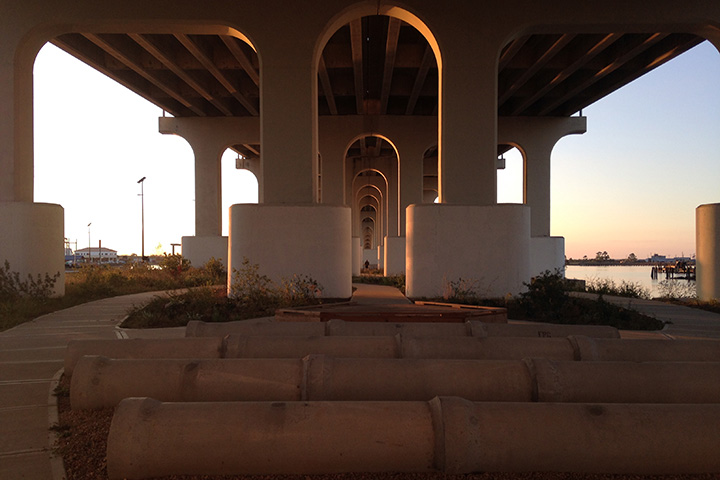 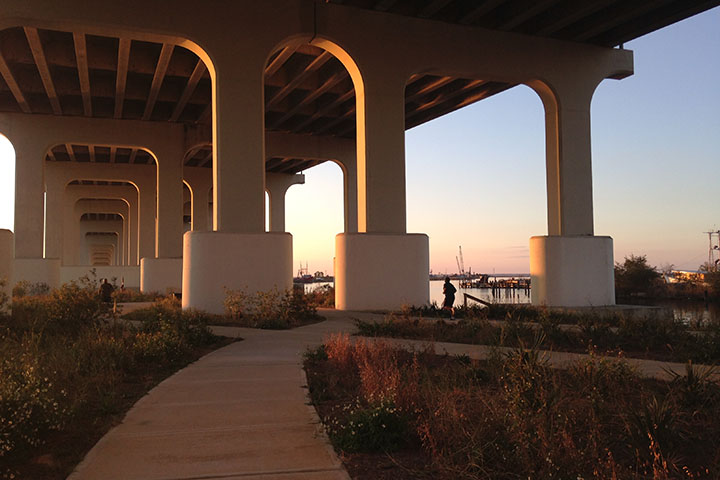 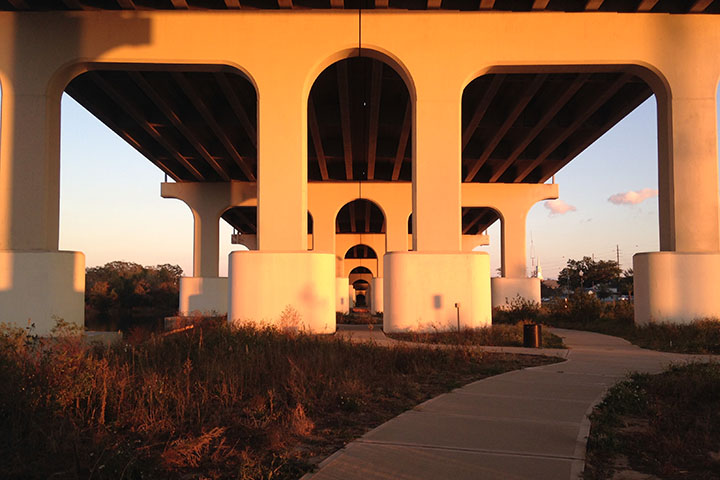 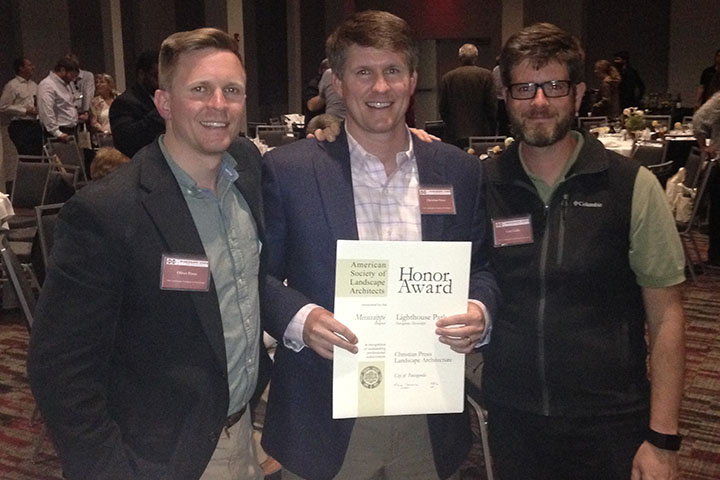 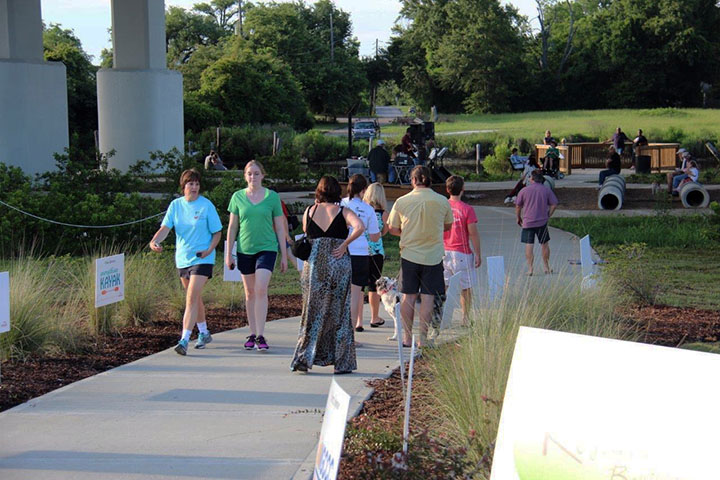 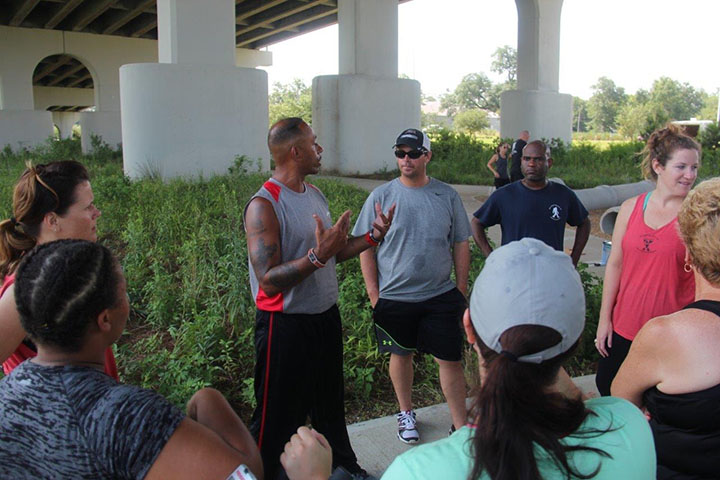 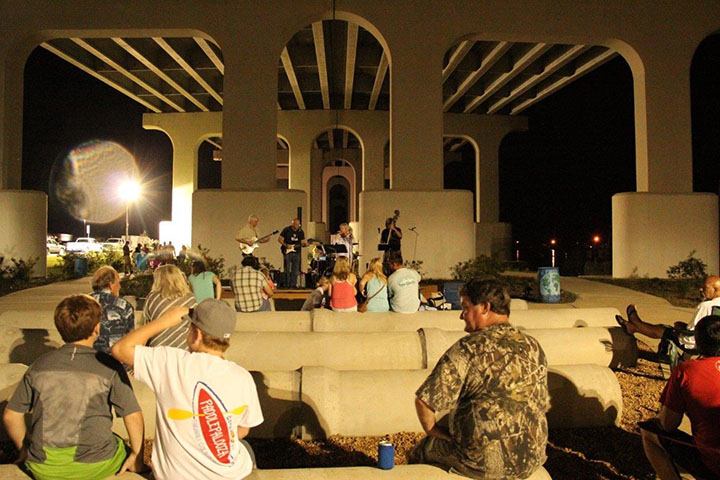 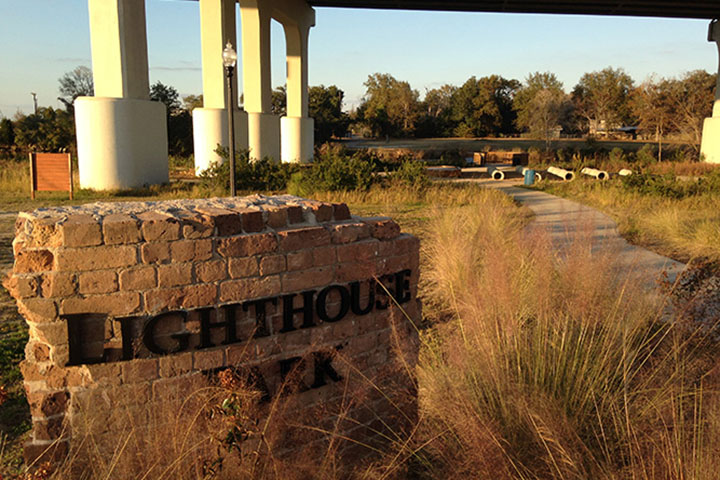 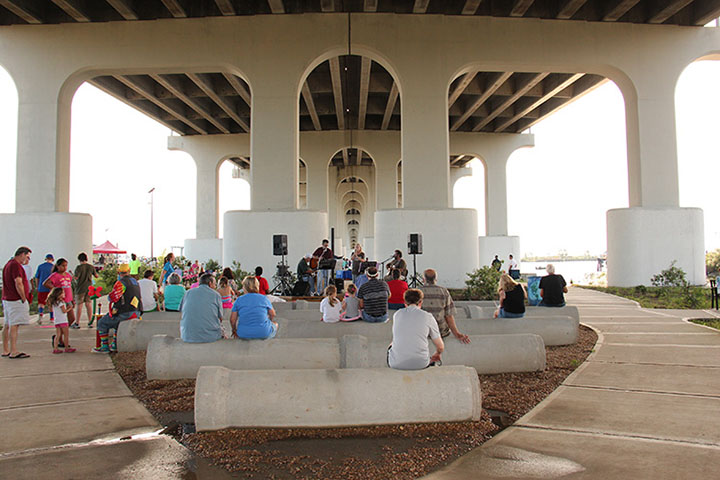 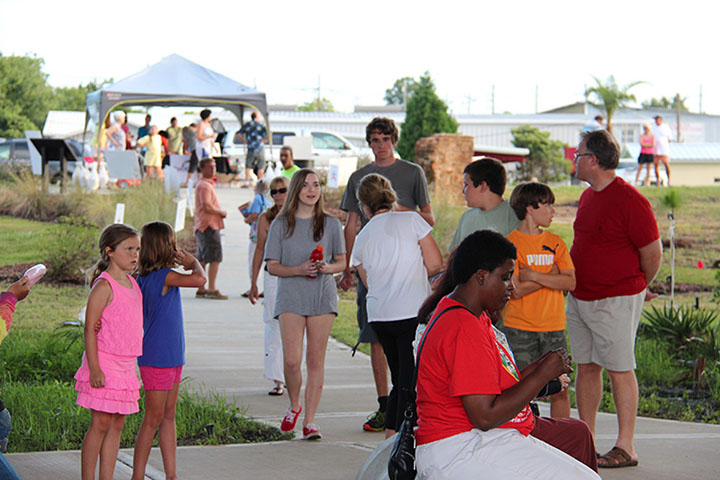 The master plan for Lighthouse Park enhances an underutilized area.

Lighthouse Park is a significant enhancement to the quality of life for the residents of Pascagoula, and has become a signature civic space for the City and its visitors. The park serves the community as a recreational and educational destination. An eight-foot wide trail connects walkers and runners to the Historic Pathway along Fredric Street, The Gateway Oak, and the Round Island Light House.

It is also adjacent to the City’s boat launch, which provides parking for this trail access. This facility also provides an overlook for Birdwatchers, an outdoor classroom, and is the only trail that takes you down to the water’s edge and focuses on the habitat of the Pascagoula River Basin.

The Pascagoula River influenced the design of the circulation throughout the park.

The design also moves to accentuate the architectural assets of the bridge above, with its tall cathedral like archways. Large and small gathering spaces are created throughout the park.

The park design transformed an area usually occupied by vagrants into a vibrant community space.

Within the park, an outdoor classroom was created. Its design utilizes stormwater pipes as seating to emphasize stormwater’s effects on our rivers and waterways. Vegetation, native to the Pascagoula River Watershed, was used in the landscape to embrace a low-maintenance, natural environment.

Playground elements—such as a large dragonfly, frog, cattail, and log—were added to the space as attractions for children to play on and to identify as features they would see along the River.

With limited funding for construction, the design team worked with Pascagoula to contract out portions of the project. The Urban Youth Corps Team, under the direction of the City, worked tirelessly during the summer to install over 15,000 plants.

Today, an area that was once prone to house vagrants and graffiti, is a vibrant, community centered space, that on any given day, is occupied by classrooms of children, joggers, and fishermen alike.