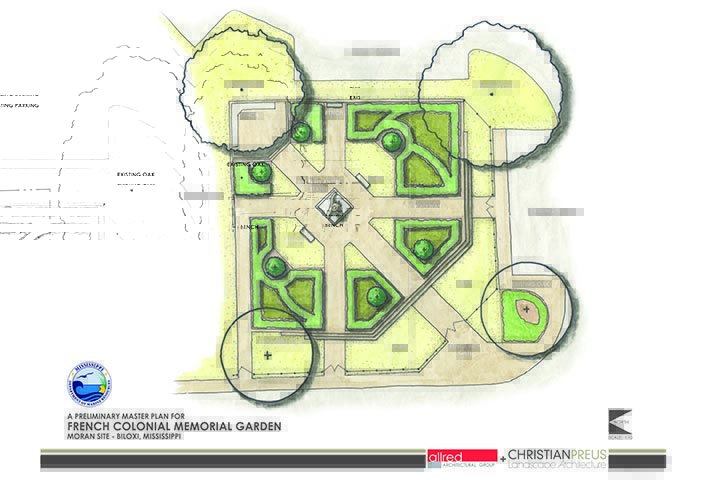 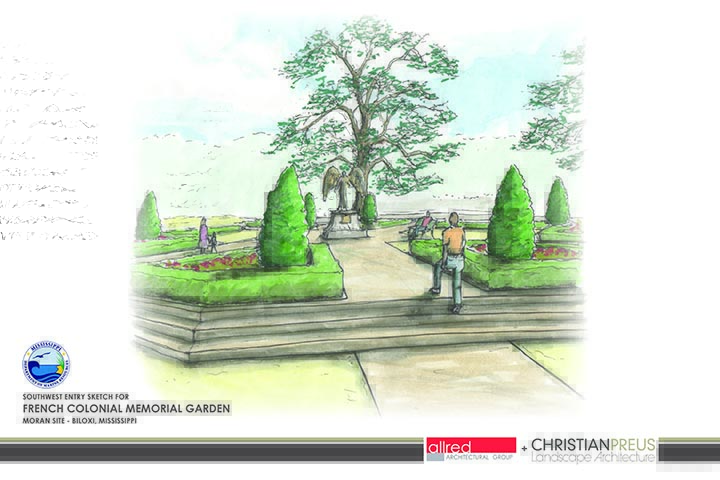 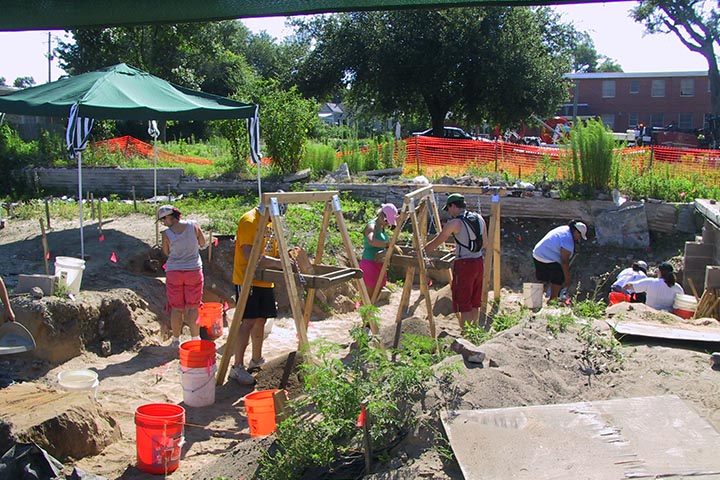 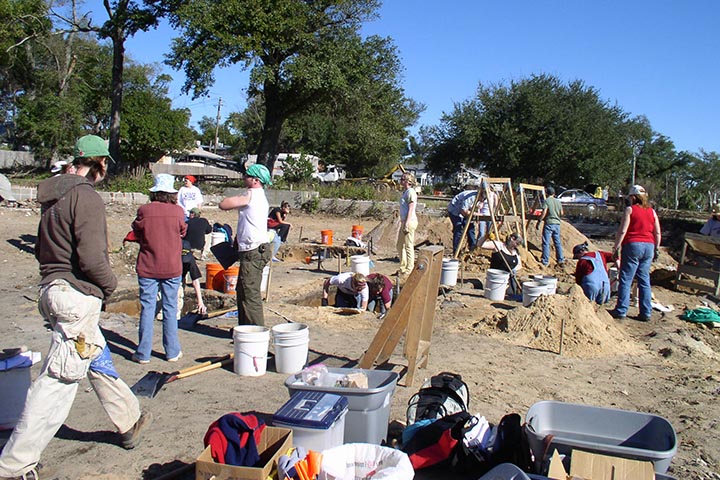 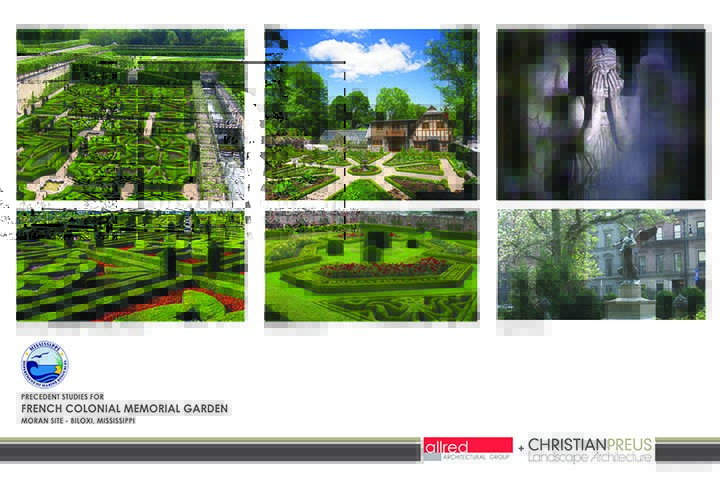 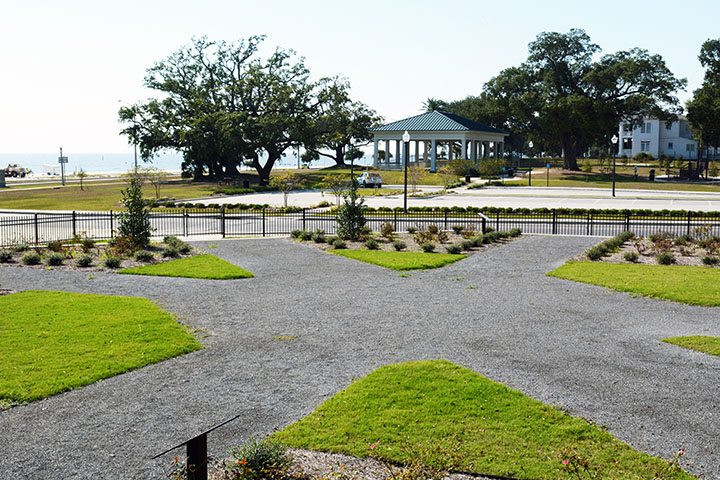 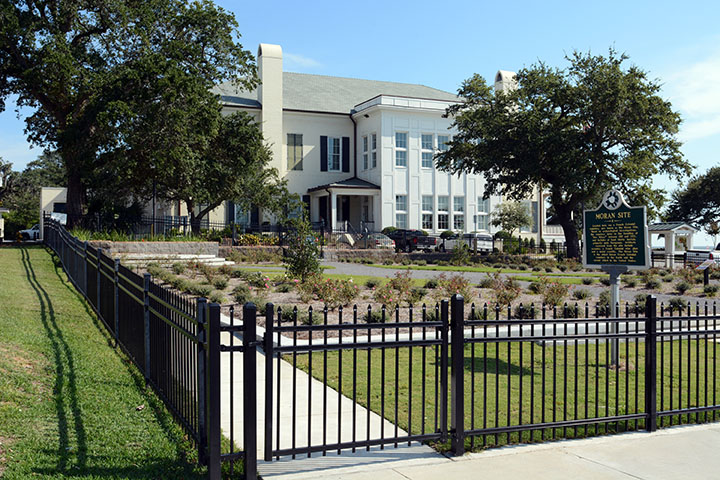 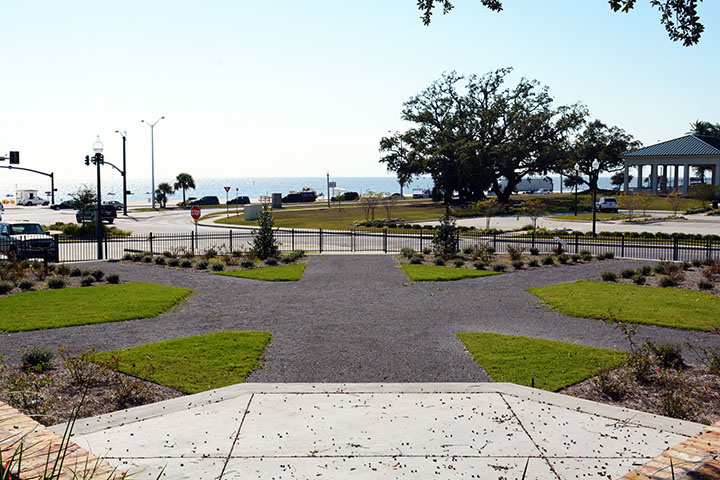 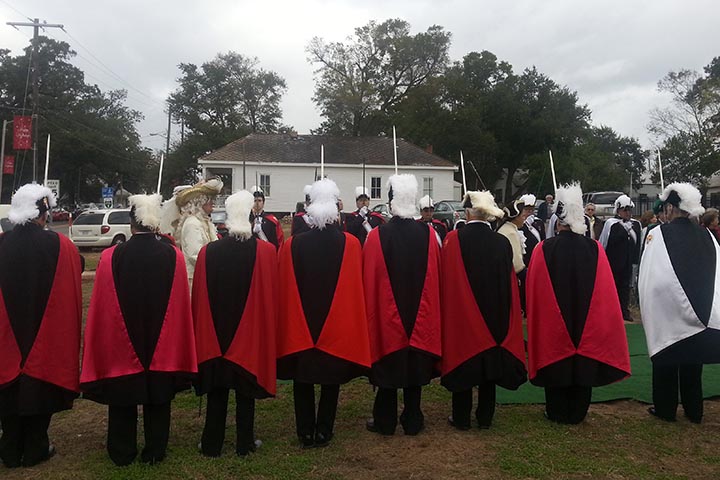 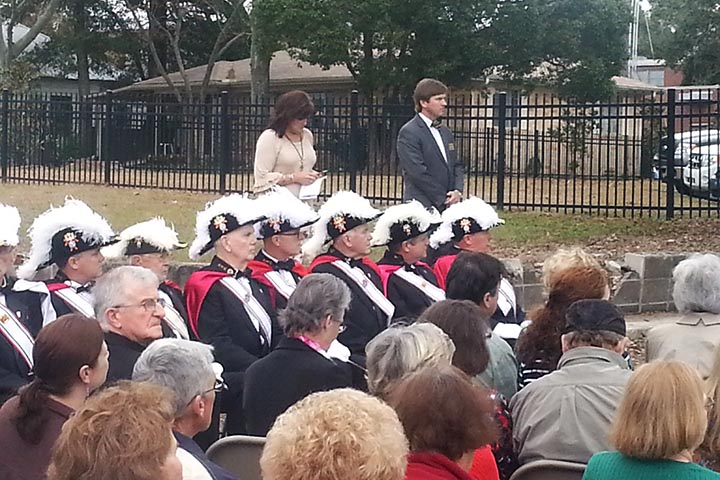 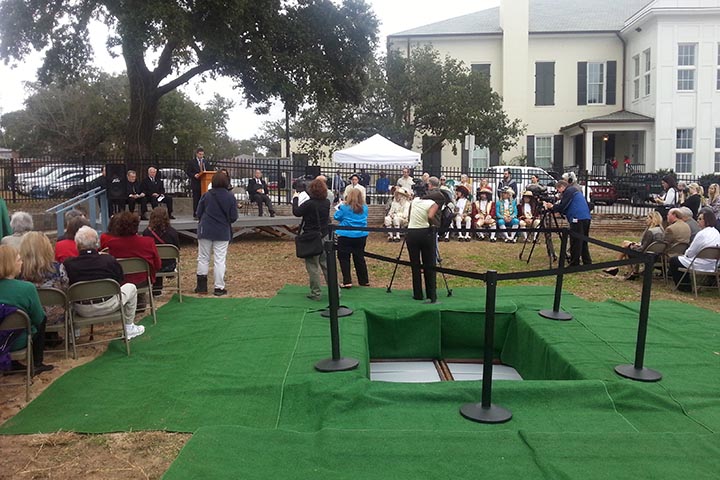 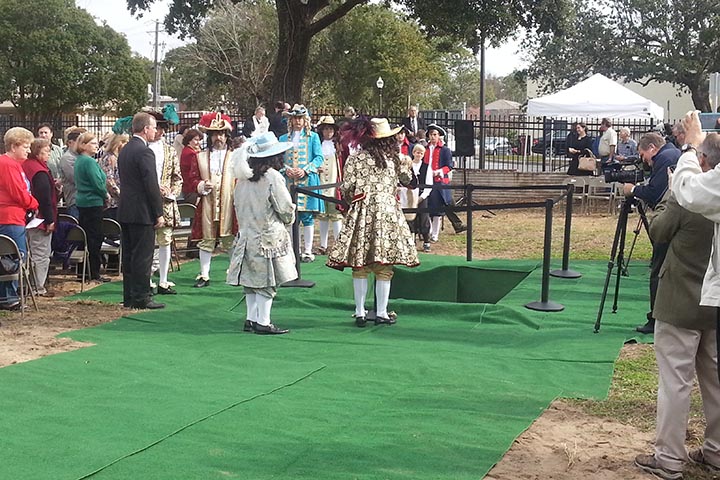 The significance of this site is that it is the second oldest French Colonial Cemetery in the United States.

During land grading of an adjacent property to the Moran family property in 1914, human remains were identified. Stories abounded as to the identity of the skeletons with some speculating they were pirates or lost slaves. However, it would be over half a century before any archaeological investigation took place. In 1969, after Hurricane Camille, during foundation repair to the Moran Art Studio, human remains were once again discovered.

Local archaeologists under the direction of Dale Greenwell identified twelve burials. Both physical features of the individuals suggested they were European and the grave goods found with them placed them as belonging to the 18th century. The burials were left in place, but the public was able to view them through a Plexiglas window placed in the floor of the Moran Art Studio.

A Tribute to History
After extensive archaeological analysis, the bodies were reunited with the site during an elaborate ceremony.

Hurricane Katrina sadly devastated the Moran Art Studio in 2005, however, it did allow exploration of the rest of the site. From 2005 to 2012, archeology students and faculty from the University of Southern Mississippi conducted excavations.

After extensive research and analysis, it was determined that the bones belonged to a group of 32 French settlers from the 1700s. An additional 20 burials to the original twelve were found, bringing the total number to 32. Once their analysis had concluded, the students as well as the Department of Marine Resources (DMR) felt that the colonists deserved a proper burial in a memorial garden to commemorate their lives and significance in American history.

In the spirit of French Garden Design, CPLA replicated historic French design principles to pay homage to the settler’s heritage.

The design of this garden is reminiscent of elaborate French gardens both in detail and layout. The hedges of evergreen shrubs will be trimmed in the traditional “parterre” fashion. Small, sculpted evergreens will accompany the shrubs to provide vertical elements to tie the space together. Steps will lead visitors up to the garden from three sides. The centerpiece or focal point of the garden is a life-size sculpture of a weeping angel, to symbolize the suffering of the settlers buried on this site.